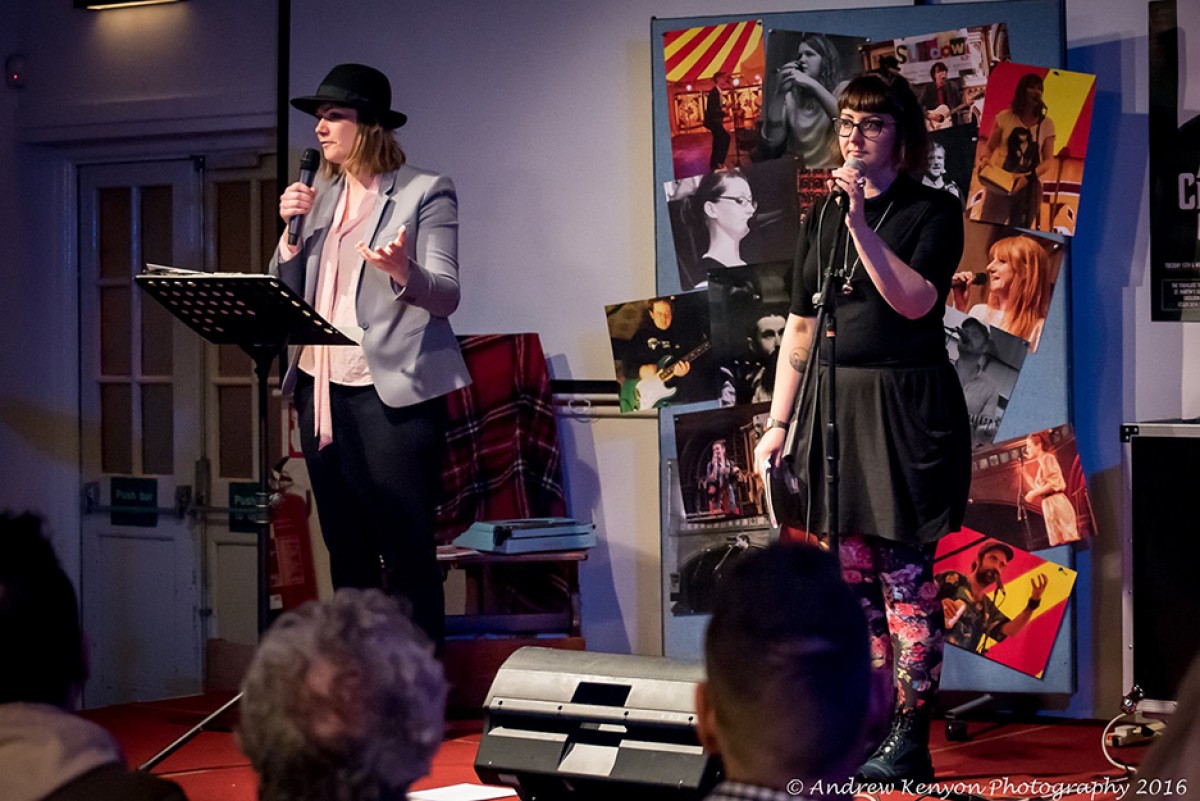 Last Friday, I had the joy of attending the launch of TRAWLER paper, guest edited by Ray Morgan.

The event proved to live up to it’s promise of “shenanigans for mind, body and soul”.

Upon arrival, the bar was awash with faces, a cultural who’s who of the Leigh art scene, and not a turtleneck sweater or pair of indoor sunglasses in sight.

The night kicked off with organisers Joe Overfield and Ray Morgan beginning the plethora of poetry performances, which featured Gill West and her array of characters, each with their own immaculate accents. Next up was Ann Hilton and Rachel Dalton, whose hauntingly beautiful renditions left the room in silent awe, before that silence was broken by the explosive and enigmatic performance by Ryan Philpott, whose Dickens readings brought comedy and pathos in equal share.

After the intermission, it was the turn of the hilariously self-deprecating Simon Blackman, reading from his latest book of poems, Two Sexy Pigeons (which I immediately purchased after). Music was in the form of Cusack, whose twin guitar skills, soulful tunes and on-stage banter provided all the intimacy of a secret gig. Closing the night was MG Boulter, on the final night of their tour, the fingerpick stylings of Matthew Boulter, coupled with a fantastic rhythm section, brought delta bluegrass to the Leigh Community Centre, whilst Polyvinyl Craftsmen and Ship Full of Bombs brought the house down afterwards with their awesome afterparty DJ sets.

So if you want to mingle with local hepcats, hear some homegrown art performed live, and grab a great local paper while you’re at it, look out for the next issue launch of TRAWLER.

Huge thanks to SUNDOWN arts, who are a lovely bunch, check them out here.

Huge thanks to Andrew Kenyon for photography, to view photos from the event, click here.