DEAN CHALKLEY: A WAY OF LIFE 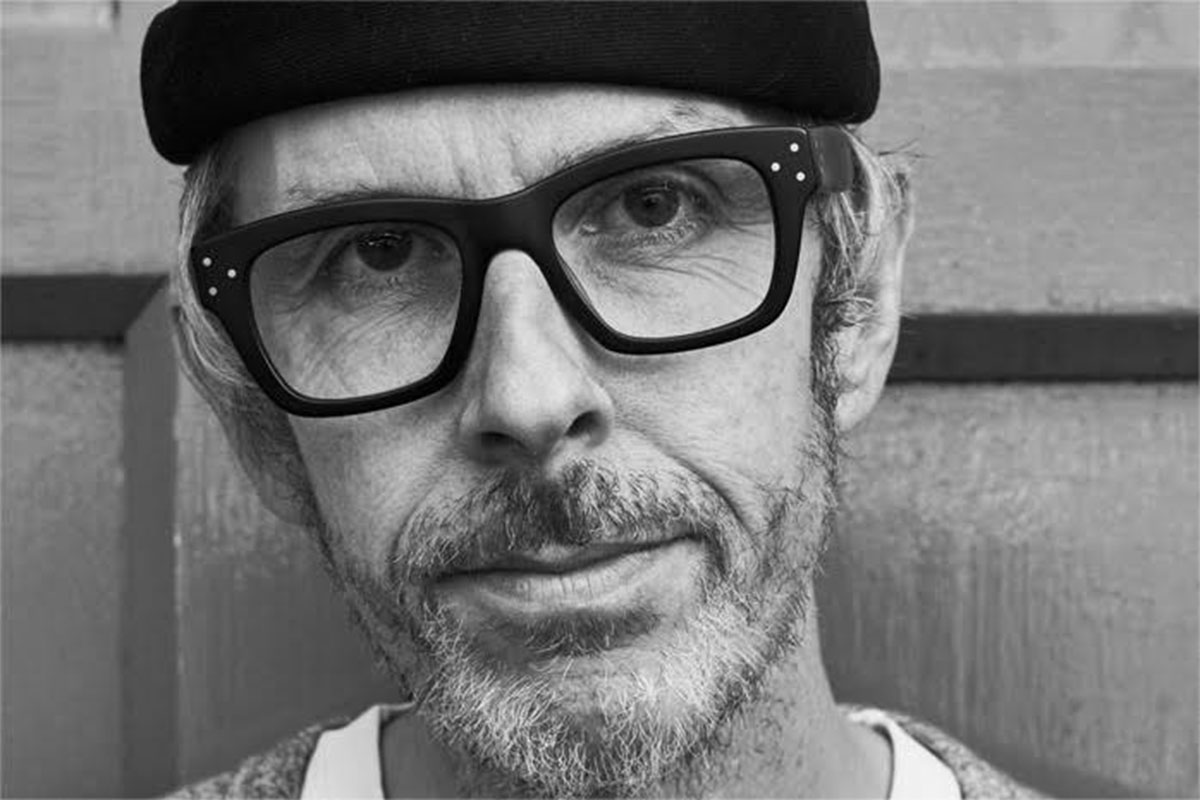 Dean Chalkley, a photographer and film maker, grew up in Southend-on-Sea. After training to be a tailor, he studied photography in Blackpool, shooting for Dazed and Confused magazine whilst still at college. His love of music and culture continues through his work today; for record companies, different publications and fashion brands. Chalkley has undertaken high profile campaigns for the likes of Rayban, Levis and New Balance. His film work is often personal and experimental, his 2013 film, The Arena, a poignant insight into ‘Banger Racing’, was screened at the V&A Museum in conjunction with The New British and the V&A.

I first became aware of Dean Chalkley as a well-respected DJ, mostly Northern Soul, old Rhythm & Blues, all vinyl of course. Kelly Buckley (journalist and singer/songwriter) had long talked to me about Chalkley’s music before finally, I asked him to DJ at our Sundown Arts tenth anniversary gig in 2013. Not only did he play a fantastic set (along with Si Cheeba) but he still had that down-to-earth persona despite all the famous names he’s worked with; perhaps it’s his Essex roots?

“Discovering record shops like Carmel Records, finding interesting old records at Roots Hall second-hand market, becoming a young Mod. We loved going to listen and dance to Chad & Del and Paul Despy & Frank. I saw The Jam at the Cliffs Pavillion in 1982, it was absolutely amazing!!” Chalkley excitedly tells me when I ask him about the local music scene when he was growing up, young and inspired, in Southend. “Meeting Steve Marriott when he played Southend once, he bought us beers and recounted legendary stories, that was an incredible night” Chalkley continues to enthuse about Southend’s club scene listing The Taste Experience at the Blue Boar, Club Dada at the Swag Club, Station Road, Scruples in Milton Road, Chester’s in the High Street, High Society and The Chicken Shack as some of the favourite places he and his friends frequented.

Much later on, Chalkley credits Southend’s JUNKCLUB as a place of “disenfranchised oddballs, beauty, joy and wild free abandonment”. I used to go to this club night myself, there was nothing else around like it at the time, and the first time I went I was struck by the ‘museum of haircuts’. I don’t think I fully appreciated it enough at the time because now I find myself longing for that night back in Southend. When I once went to a house party at Oliver von Blitzkrieg’s (JUNK founder and DJ) and I felt like I’d stepped back in time to the 60s, everyone dressed as a Mod, a young Swedish model being followed round by a photographer, a plastic duck sitting on top of the record player going round and round, Rhys Webb (JUNK DJ, The Horrors) presenting me with the mouse-shaped bagel he baked that day, Oliver’s highly impressive Mod wardrobe… I long for a party like that now! Anyway, I digress. I want to know if Chalkley was always influenced by the music or if photography came first for him?

“The music and the cultures that surrounded came first, I got into taking pictures later but when I did I started to reflect things that I was interested in through the photography. I still do, very little has changed in that instinctual way. As I learnt more about the camera I made the connection to a few bands, one was a band that came from the Wickford area called GARP. It was the late 80’s early 90’s. I shot GARP lots and actually created lightshows whilst they were performing using old slide projectors that I’d bought at Car Boot Sales. These lightshows were pretty effective and fun to do, super DIY but added another dimension to the nights, they gave me a great sense of satisfaction and the band liked them too.”

I often wonder if living by the Estuary inspires other artists like it’s inspired me over the years, and does it still? “Yes, the Estuary is a beautiful place” Chalkley agrees. “Even though I’m in London now, I’m often by the river. Different seasons, climates and conditions provoke different emotions and inspirations. I’m very proud to say I come from Southend, when you tell people it’s like dropping a short cut to resilience, tenacity, creativity and a kind of rawness that other places do not have.”

Chalkley has just finished his ‘Never Turn Back’ exhibition in Paris, a collection of photographs celebrating friendship, space, and free spirit as it follows a group of young friends as they make their way across the windy wilds of Norfolk. He was also one of the speakers at the recent Estuary Festival 2016. His current projects can be found on his website (www.deanchalkley.com) including the brilliant ‘*Return of the Rudeboy’ and you can find some of his work in the NME, where Chalkley is a resident photographer. He is always interested to learn about music and talk about his experiences, so what about Southend now? Does he think it has a vibrant music scene?

“I very often return to Southend to visit family and friends, I’ve seen some great bands. I think events like Village Green are important, and it’s vital to keep supporting alternative venues such as The Railway and Chinnerys. It’s not just about smaller venues though, I think the Cliffs Pavilion is an important venue, it can be incredibly inspirational if programmed to full effect. There’s some excellent young energy here too at the moment with bands like Asylums and Youth Club.”

Throughout this issue we’ve asked featured artists to tell us who they’ve been listening to lately and who they’d recommend us checking out, so before I leave him to get back to one of his many exciting projects, I ask Chalkley the same. “Shooting for NME means I get to hear a lot of new stuff, I’ve got a broad taste – bands like Prince Rama, Goat, are on the playlist. Jordan Max is an exciting new talent, Daddy Long Legs from New York who are very Dr Feelgood influenced, ‘In a Landscape’ by John Cage is a piece of music that I’ve recently come across that is absolutely breathtaking. I still love buying old records as I DJ regularly, so popping into Carmel Records or Rob Messer’s record shop in Battlesbridge are both a joy. I love exploring my work as a creative and through the music I listen to and present through DJ sessions”.

Dean Chalkley has run many club nights including Shake at the Boogaloo, North London and Black Cat. He is currently running Soul Box Club, on the first Saturday of the month, at Old Street Records, Old Street, London (@oldsttrecords) with Acid Jazz legend Eddie Piller and young DJ duo The Smoking Guns.