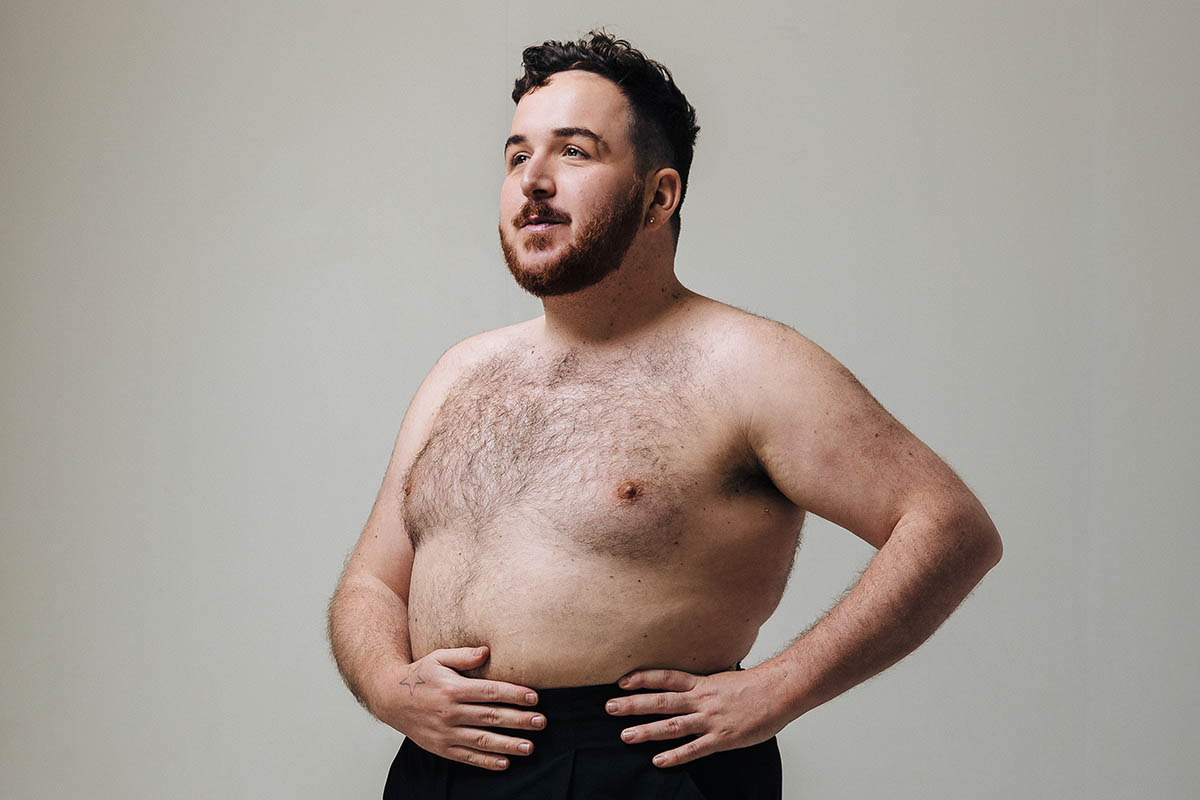 Being fat is a bit like being old – tell people you are and they will try to convince you otherwise. However, deny your fatness and the world will tell you to do something about it.

Most good fatties are compliant with this confusion – they allow their friends to call them “larger than life”, they go to weekly weigh-in clubs to be publicly humiliated by their neighbours while handing over cash to a multinational corporation. Most good fatties wear black smocks to hide their body so you are not offended. They hold their head down low and worry about how much space they are taking up.

Turn on the telly and you’ll find a whole culture dedicated to similar fat shaming – each programme telling me my body is embarrassing or that I am apparently Britain’s biggest loser. The only time we see fat folk on the telly is if they are crying in front of a mirror with Gok Wan after he called them an apple, or when our heads have been cut off and we’re waddling down a high street in some news link about obesity.

It’s no surprise that many of you who are reading this have been indoctrinated by sensationalist telly and medical research funded by weight loss companies. On seeing my picture you probably thought I should lose weight or, if you’re a bit more polite, you are concerned for my health or our beloved health service. I’m not sure why complete strangers are so concerned for my health, and when it comes to the NHS if we want to alleviate the pressure on the system then don’t continue to vote for a political party that is dead set on privatising it.

Some folk think that fatties are taking more than their fair share and so deserve to be bullied into submission because of our apparent excess. However, imagine if we applied this thinking to those of you who have two cars or three homes or, worse, those of you working within the dark realms of the offshore financial sector. What fatties do with their bodies in comparison is menial. As a non-drinker, non-smoker, should I be calling for all weekend boozers who cost our society billions to be banned? Should we dedicate prime time telly on telling smokers they are public enemy number one? Where does the moral high ground begin and where does it end?

It’s taken me until the ripe old age of 32 to become happy in my skin – to see past the rubbish the world puts in the way. I’ve learnt to enjoy watching people squirm when they are apparently forced to sit next to me on the bus. I mince down the high street with my head held high, wearing clothes most think aren’t doing me any favours. Perhaps I am a bad fatty, but this doesn’t mean I’m here promoting fatness.

Contrary to the belief of those with personal trainers or gym addictions I’m not trying to coerce you to fatness with a pork pie in one hand and diabetes in the other. I’m simply asking why is it that I and most other fat people in this country are on the end of daily abuse, mocking and ridicule because we’ve chosen for our bodies to be bigger? Why do you lot care so much about what I eat? Why are you so adamant we fatties must exercise?

These questions are the basis of my new show, Fat Blokes. Not only is it a show in which you will be allowed to publicly and openly laugh at us but we will be exercising and sweating for your entertainment – it’s a dance show. Of course, it’s not one big lol-at-the-fats fest, you may be confronted with a few home truths.

Perhaps the answer to why thin folk are obsessed with fat bodies is that it is easier to pick on the so-called weak, distracting themselves rather than confronting their own happiness. Perhaps it’s not us who has the problem.

Fat Blokes is at Dixon Studio, Palace Theatre on Saturday 5th May https://southendtheatres.org.uk/Online/tickets-scottee-southend-2018